On May 21, 2000, I ran the San Francisco Bay to Breakers race for the first time. It's a pretty phenomenal event, with 52,356 official runners, and an estimated total of 70,000, to earn the title of the largest footrace in the world. I jogged only three times for my training, so I was happy just to finish. Despite my slow 10-minute-mile pace, I managed to end up in 8807th place.

Some Internet photo company named zing.com took pictures and posted the proofs to the internet, so of course I grabbed the image files to post here. My number is 41207, in case you don't know which one I am. Oh, and I guess it's obvious, but I was peer-pressured into doing this by guys at my company. On the plus side, though, bright yellow shirts make it really easy to keep together in a seething mass of humanity.

This is just to give you an idea of what a huge number of people participate in this race. I don't think I'm in this picture, but you get the idea. I didn't actually cross the starting line until about 15 minutes after they started the race because it was so crowded, and I was told that was unusually fast. Jason, who has run it several times, had once spent 40 minutes waiting to start. 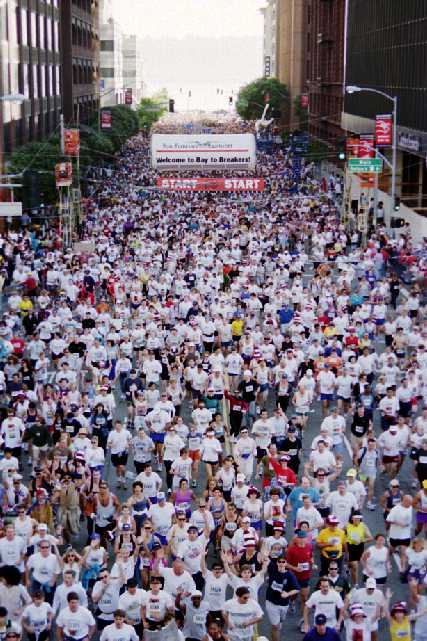 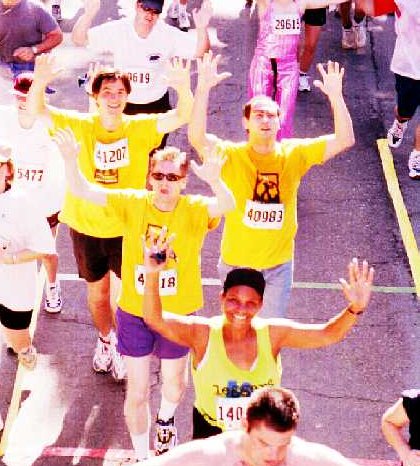 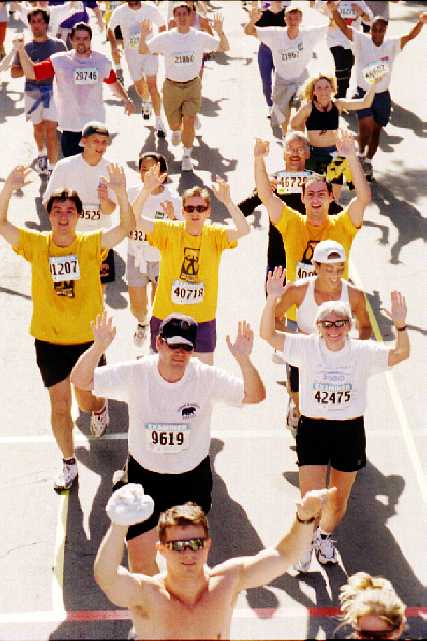 Afterwards, we were pretty tired. 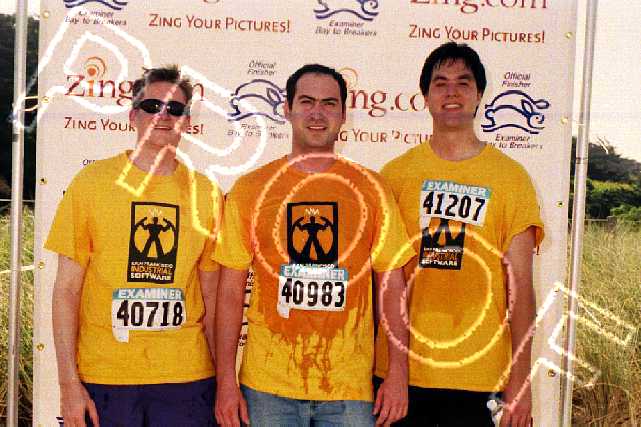